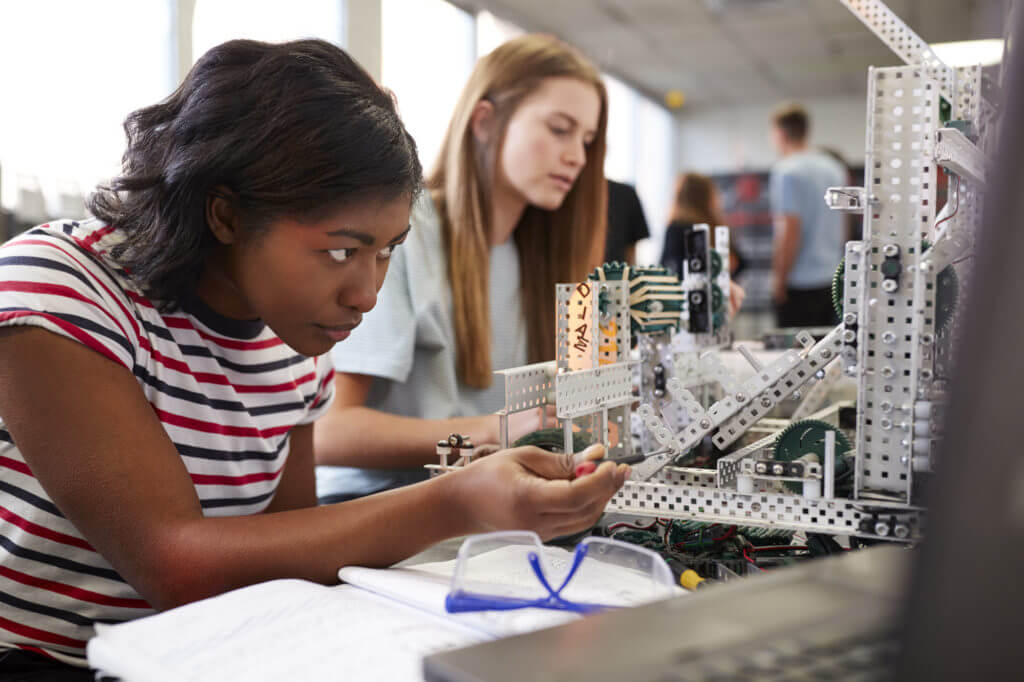 Industry 4.0 is nothing new. The term is relatively new, but the technological advances that we are experiencing have been developing for many years and will continue to do so for what could be decades to come. Between the past and the future is now, the present, and that means we are very much in the thick of the fourth industrial revolution.

For those that embrace and thrive on change, it’s a time of great excitement that will transform the world into something we can hardly even imagine right now. Tom Standage, Head of Digital Strategy at the Economist, put it very succinctly in Daniel Franklin’s book Megatech: Technology in 20501: “To see what lies ahead in technology, it helps to look in three places: the past, the present and the imagined futures of science fiction.”

Obviously, at Semta we are amongst those who revel in change, and our mission is to contribute to championing these incredible advances in technology that will alter the world we live in – or indeed already have.

Henrik von Scheel, known as the ‘Father of Industry 4.0’, developed Germany’s Digital Agenda. This became the masterplan of how the country is approaching Industry 4.0 and has since been adopted by the EU. He describes Industry 4.0 as a “fusion of the physical, digital and virtual worlds” and also believes that “manufacturing is the economic backbone for every advanced economy”.

We couldn’t agree more, and, as the sector connector in Advanced Manufacturing and Engineering (AME), we see it as critical and our duty to be providing and facilitating smarter solutions to the challenges of keeping pace with and driving advancements. This means empowering education providers, employers and both current and future engineers with the necessary insight that allows them to flourish. From our unique position in the industry, Semta seeks to design skills products and services that are future-fit.

As featured earlier in this issue, our award- winning Engineering Talent platform is already a great example of this in action, providing individuals with better career pathways in engineering, delivering digital learning remotely and helping employers recruit and retain the best talent.

In this article, we take a closer look at how new technological changes are impacting the AME sector in the era of Industry 4.0.

The first point to make is that connectivity is key. Robotics, data, artificial intelligence, virtual and artificial reality, and energy are some examples of areas of technology that are individually advancing in great strides. But it’s the interconnectivity of these distinct fields working with each other in combination, feeding into and out of each other, which results in seismic, paradigm shifts and changes. The Internet of Things (IoT) is therefore at the heart of Industry 4.0. It’s what brings everything together. Nothing would work without it.

To understand this, it helps to look at some concrete examples.

While talking of the IoT, it seems appropriate to start with over-the-air wireless charging. Think of the number of devices you have between home and work. Now think of the cables that are constantly plugged into power sources. But what about when we can’t access a charger?
It’s rare, but it happens. We’ve all felt the panic when your phone battery nears zero per cent and you’re about to be cut off from the world as you know it. Very soon, this will no longer be a concern. At the Consumer Electronics Show 2019, Steve Rizzone, CEO of Energous, talked about WattUp2, the transmitter-and-receiver technology they are developing. Once live, all devices will constantly charge while you are using them. With robotics advancing at a great pace, this is a necessary move, as running out of charge simply won’t be an option given the complex work being performed.

Embracing robotics, Ford has launched a team of six collaborative robots, or ‘cobots’3, that work in the paint shop to sand down each new vehicle in just 35 seconds, giving them a perfect finish. The presence of the cobots allows operators to be involved in higher-value tasks, to challenge themselves with more complex responsibilities, and to generally push their career forward, as well as avoiding the painful repetitive strain injuries involved with the manual tasks now carried out by robots.

Agriculture is also leaping ahead in robotics, making changes to traditional methods that have been used for as long as most of us can remember. Big heavy farm machinery will be a thing of the past thanks to companies like the Small Robot Company4, which is developing small- scale machines to seed and care for each individual plant in a crop. Instead of mass spraying, the robots will administer the precise levels of nutrients needed to very small, concentrated areas. No waste, fewer chemicals, more crop yield, and increased revenue. A perfect equation.

The concept of a Digital Twin5 is another advancement that is going to make industries unrecognisable – particularly the oil and gas industry. The creation of an exact digital replica of a real-world asset, such as an offshore platform, coupled with 3D virtual reality working environments and robots, will mean fewer people on rigs. Workers will be back at base instead, operating robots remotely, which creates significant gains in safety. It also enables predictive maintenance and system optimisation, lowers costs and reduces the carbon footprint due to lessening the need to fly back and forth in helicopters.

Virtual reality and augmented reality are also becoming a prominent feature in architecture and construction. Heads-up and helmet display systems are becoming the new ways to take people on ‘walk- throughs’ of new designs, allowing them to be explored in a virtual world. The technology and expertise eliminate the need to make physical prototype versions and speed up the design process considerably. Construction training by Crossrail and Thames Tideway already uses virtual and augmented reality to train staff on tunnelling machines before they ever go underground. Balfour Beatty’s6 vision of construction sites in 2050 is human-free. As modular building gains popularity, robots will be able to carry out the construction phase of new builds, overseen by drones that will fly constantly overhead. However, as with all advances in Industry 4.0, humans will not become obsolete. They will be needed to monitor the progress of multiple projects, collating and assessing 3D and 4D images and data from the machines and devices on-site.

The year 2050 is also a target in the H21 North of England report7, which outlines hydrogen being set to become the cleaner energy source to millions of homes throughout Northern England by 2028. The next phase will convert 3.7 million homes and 40,000 businesses by 2034, and, by 2050, millions more properties throughout the country will benefit from “the world’s largest CO2 emission reduction project, [which will prevent] 12.5 million tonnes of CO2 being emitted into the atmosphere each year.”

Although the scope of this article doesn’t allow for every technological advancement of Industry 4.0 to be explored, one final case that must be mentioned is Google’s recently announced leap into quantum computing. According to the Financial Times8, Google benchmarked its supremacy experiments by using supercomputers available to NASA, and then used its quantum processor “to perform a calculation in three minutes and 20 seconds that would take today’s most advanced supercomputer, known as Summit, around 10,000 years.” Of course, there were limitations to the experiment, but it’s still an event that will go down in history as being the first computation that could only be executed on a quantum processor. Will Oliver9, MIT professor and quantum specialist, went as far as likening it to the Wright brothers achieving their first flight, and said that, ultimately, the results could lead to the discovery of “new drugs and materials, create more efficient supply chains, and turbocharge AI.” There is still a long journey ahead before quantum computing becomes mainstream, but the world is on its way. Dario Gil of IBM believes that classical computers
will always be needed: “In fact quantum computers will never reign ‘supreme’ over classical ones, but will work in concert with them, since each have their specific strengths.” For many problems, classical computers and established workforces will remain the most effective and best-fitting tool to use.

Looking at just these few examples of technological advancements being implemented in a wide variety of settings, it’s clear that Industry 4.0 is in full swing and not some far-off, hypothetical concept. 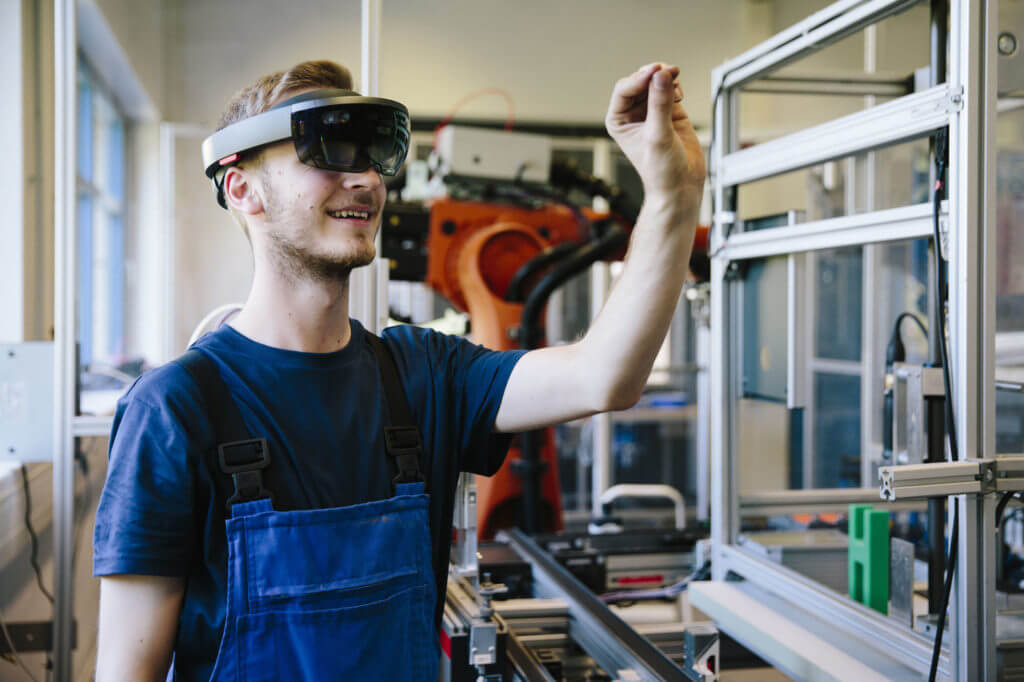 Looking at just these few examples of technological advancements being implemented in a wide variety of settings, it’s clear that Industry 4.0 is in full swing and not some far-off, hypothetical concept.

So, how does the world adapt to keep up with the fast-paced changes?

The Automation Readiness Index: Who is ready for the coming wave of automation?10, an Economist Intelligence Unit report commissioned by ABB, states that:

“…countries will need to put policies and plans in place to help individuals (and to some extent businesses) take maximum advantage of the opportunities that these technologies offer. Policies will also be needed to mitigate the negative impacts resulting from the displacement of some categories of workers from their familiar roles. In both cases it is a matter of policies and strategies that help workforces make the transition to a more automated economy.”

Henrik von Scheel also attributed the success of his Digital Agenda to the fact that all parties were aligned – industry, universities and government.

At Semta and EAL, we take great pride in the fact that we are already taking the approach validated by these leaders via innovative solutions such as Engineering Talent and government-funded programmes like Made Smarter. We are also mirroring the successful approach of some of the countries deemed to be leaders in Industry 4.0 – including South Korea, Singapore and Germany – in making lifelong learning, occupational training and workplace flexibility a true reality.

Here at Semta, we talk openly and excitedly about the implications and possibilities of the new industrial revolution. We stand in readiness to embrace these changes, but we also recognise the sheer amount of work to be undertaken and the adjustments to be made by those involved. As Peter Drucker, the great management consultant and educator, has intoned: “The best way to predict the future is to create it.” With that rallying cry in mind, it is up to all of us to deliver the potential of the present. Now, perhaps more than ever, the future is in our hands.

Share your thoughts with us on social media using #RevEAL. 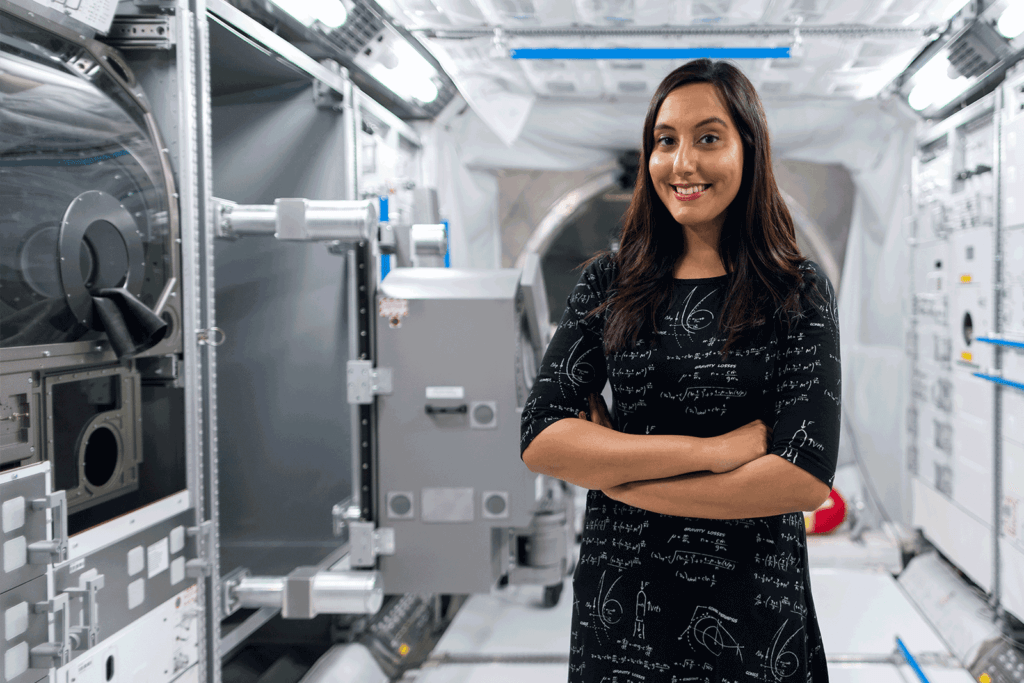 We look at engineering and focus attention on the amazing achievements of women engineers, it's important to acknowledge the additional challenges women still face within the sector. 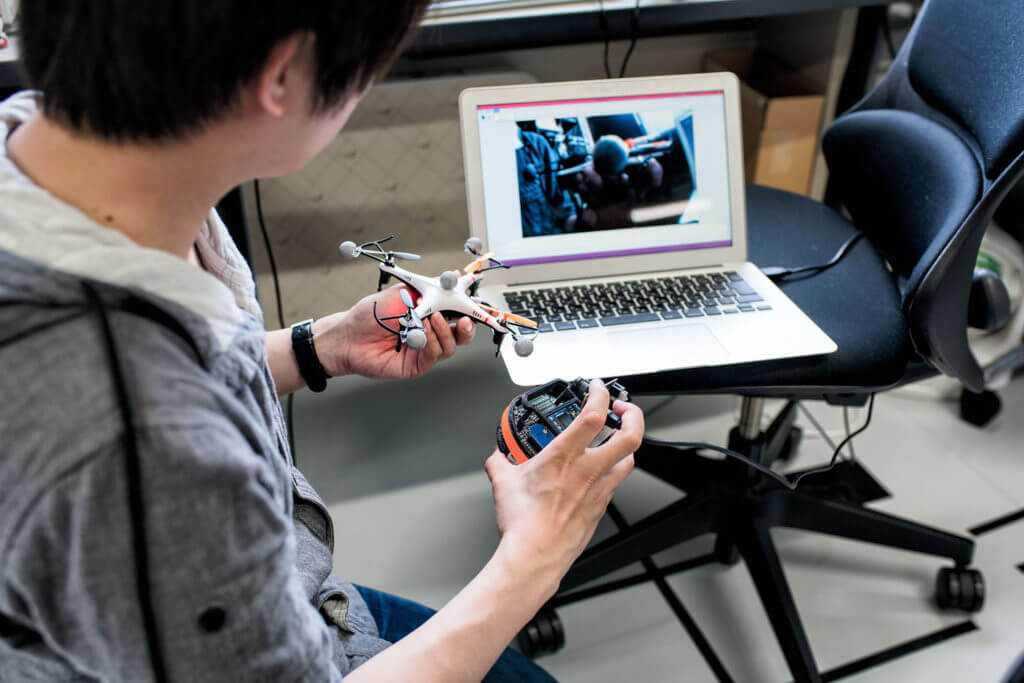 During National Inclusion Week we are all being encouraged to think about what we can do to be more inclusive. In the current climate we are having more virtual meetings, so how do we give everyone the opportunity to perform at their very best? Here are some tips to help you drive inclusivity and make a difference to the people you work with.

Robotics in engineering can be traced back to the first use of automation in the early (3rd) Industrial Revolution. But now individual machines are connected to systems that make decisions about the production process in real-time, it’s clear that Industry 4.0 is rapidly changing the manufacturing and engineering industry. 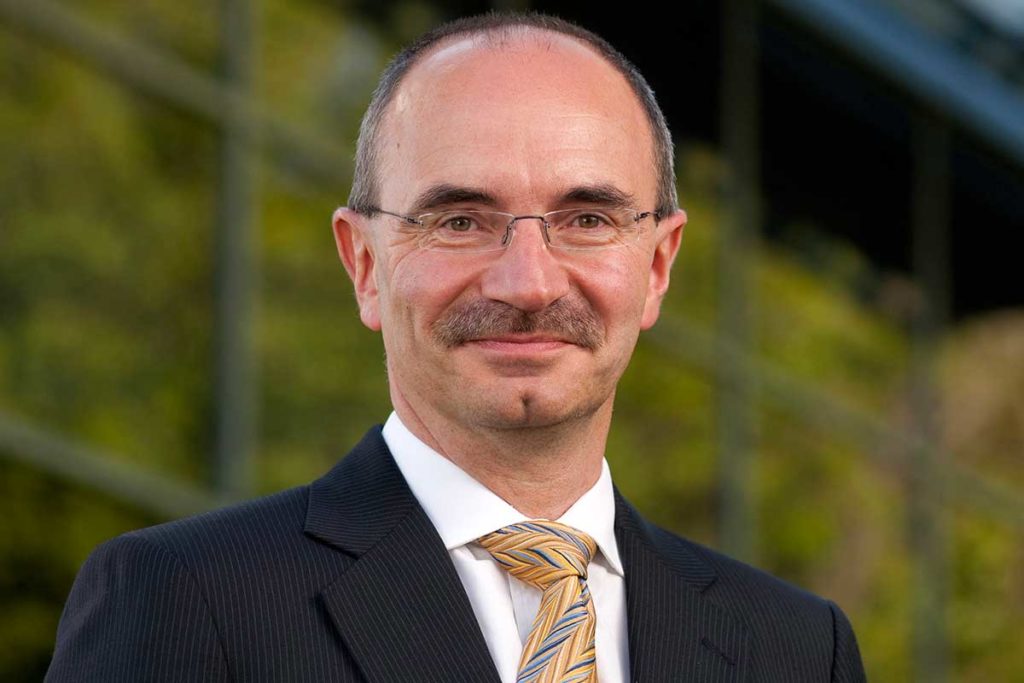