That’s the engineering ethos ... when you put engineers together with a big challenge, they’ll naturally collaborate, get focused on the task, chunk the task up into bite-size pieces. Organise it. And get on with it.

Now, if you were a few months off retirement, having served industry in the nation for decades during an illustrious career, you might be forgiven for running for the hills when the worst public health crisis of a generation came sweeping across continents. Not this man: Dick Elsy CBE, CEO of the High Value Manufacturing Catapult. He answered the call, rose to the challenge and achieved what many considered to be impossible: to develop, from scratch and produce tens of thousands of British made top of the range, ventilators to be used on the front line to keep the most stricken COVID-19 patients alive.

Engage: So, Dick, some might’ve been forgiven for running to the hills after a long and illustrious career serving industry and the nation for decades. What possessed you? What drove you to pick up the gauntlet when the government came calling?

Dick Elsy: I think it probably, first of all, was a business instinct because of the day job where I run the High Value Manufacturing, Catapult (more about that in a moment … ) but a sort of personal instinctive basis of the nation in difficulty and getting the right people to step up, to do the right thing. So it all started back in, in mid-March, with the government’s call to arms to say, we think we’re going to be short of ventilators and the sort of awful spectre of people queuing up outside of hospital, but being unable to get the right kind of treatment they needed. Which is an awful, awful thought.

The government appealed to Nonmedical device manufacturers to say, ‘can you come and help us?’ and they developed something called the rapidly manufactured ventilator specification, which is a fairly broad spectrum, a specification, which was developed by the clinicians and the medical regulator to say, if you could produce devices that would do these things, that’d be of use to us.

It was launched by Michael Gove, a cabinet office secretary and there were more than a hundred companies on the phone and it was one of those classic sorts of government things, “Right. Here’s the specification, over to you.” There was this, I just sensed, this yawning gap between the government’s well-intentioned call to arms and then a sort of instruction to a hundred people on the phone and a deadline of a matter of weeks to meet, and my instincts kicked in. So I actually said at the end of that call, “Minister. I think this is a role for the HVM Catapult to step up and pull a few businesses together” and it was sort of “Oh, jolly good. Yeah. Thank you.” So I put the phone down.

That was the start of a fairly long journey, but at that point, I did some phoning around because I knew some of the other people who were on the phone, who we’d been having some conversations ahead of that to say, you can see it coming. And there had been sight of the ventilator specification in its draft form. And I knew there were some interested parties to get to grips with it. So I just started working my network and getting a few senior like-minded souls together.

We’re now managing quite a complex environment at the core executive team in the heart of all of that. Are all senior engineers in the UK, representing some big companies. I can tell you that, they’ve got their sleeves rolled up doing the complex project management jobs that either they did when they were young, and have still haven’t forgotten those skills, or actually active doing them now.

That’s the engineering ethos that has been absolutely at the heart of the extraordinary outcome from the consortium and principally it’s because when you put engineers together with a big challenge, and in this case, a huge national challenge, they’ll naturally collaborate, get focused on the task, chunk the task up into bite-size pieces. Organise it. And get on with it. And basically that’s what we’ve done.

Watch the full video interview above and upskill for free with Engage: the online learning platform for the UK’s engineering and manufacturing sector.

This video was made possible by the kind assistance of the Institution of Engineering and Technology (IET). 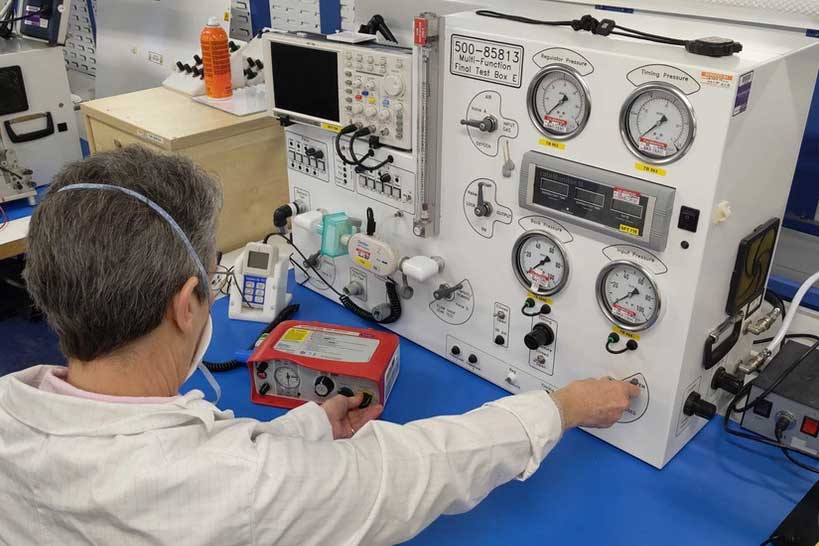 We are leading a review of relevant National Occupational Standards and welcome your input.

We look at engineering and focus attention on the amazing achievements of women engineers, it's important to acknowledge the additional challenges women still face within the sector.

During National Inclusion Week we are all being encouraged to think about what we can do to be more inclusive. In the current climate we are having more virtual meetings, so how do we give everyone the opportunity to perform at their very best? Here are some tips to help you drive inclusivity and make a difference to the people you work with.